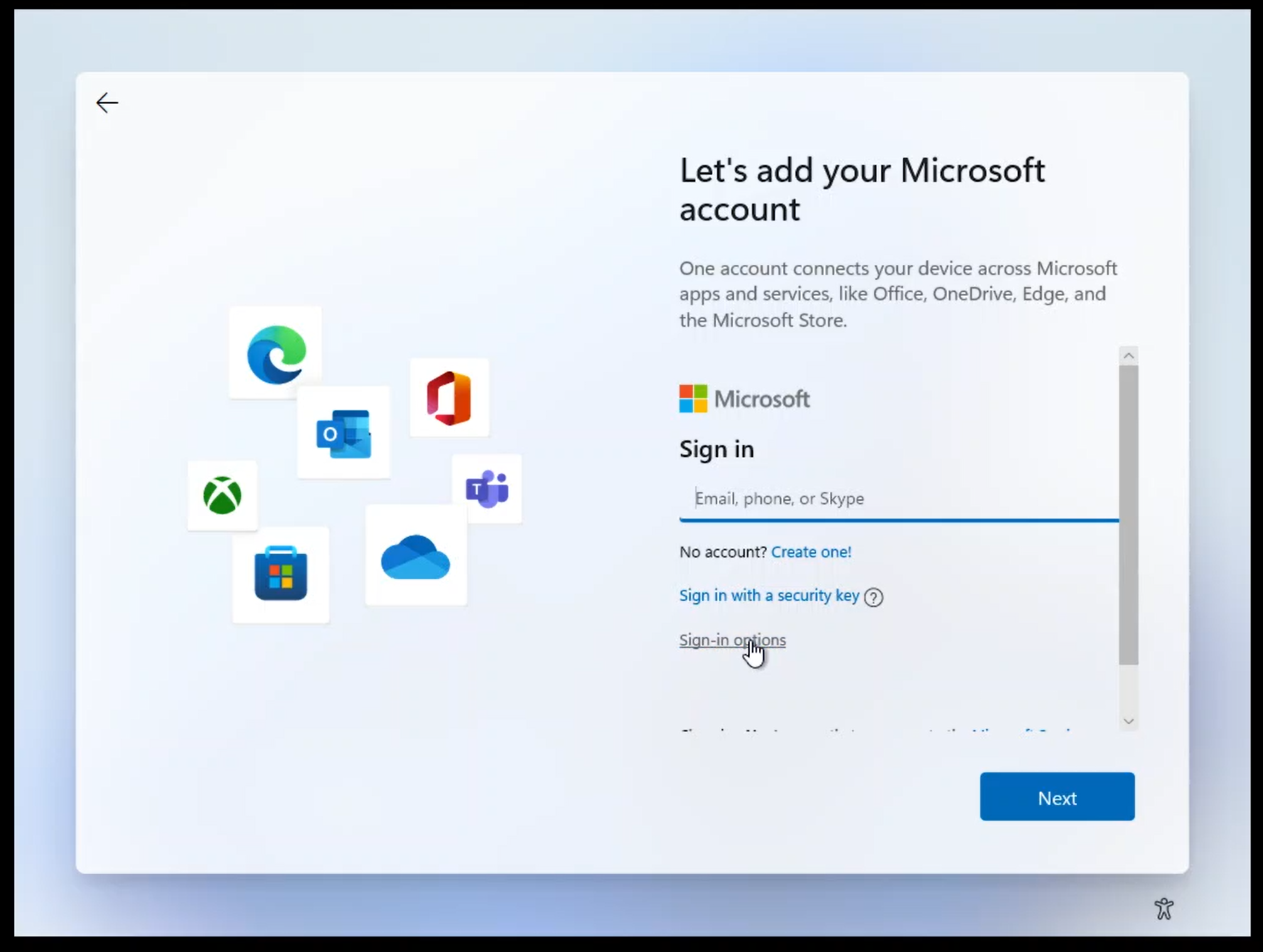 Microsoft has previously allowed people running Windows 11 Pro to set up their PCs offline and run local accounts rather than signing in with a Microsoft account, unlike the Home version. Windows 11 Insider Build 22616, released last week, puts an end to that exception.

To be fair, this isn’t entirely new news. Microsoft first signaled its intentions to eliminate the Pro loophole as part of Windows 11 Build 22557, a massive update to the upcoming 22H2 code that added live captions, taskbar drag and drop, and so forth. But the change was tucked away further down inside the changelog, and overshadowed by Microsoft’s new additions.

Windows 11 Insider Build 22616 is only for the Beta and Dev Channels of the Insider Program, so those who are using the stable release can still set up their new PCs with a Pro license, and decline to use a Microsoft account. But the fact that the build is being released for both the Dev and Beta channels signals that Microsoft plans to move this requirement to the stable channel as well when the latest “22H2” version of the code releases this fall.

There is still an exception or two, of a sort. “Today, Windows Insiders on Windows 11 Pro edition will now require [a Microsoft account] and internet connectivity during the initial device setup (OOBE) only when setting up for personal use,” Microsoft said in its changelog. “If you choose to setup [the] device for Work or School, there is no change, and it will work the same way as before.”

Windows 11 Enterprise also seems to be free of the restriction, too, Windows Latest noted.

Put another way, you’ll still need some Microsoft account to use Windows 11’s consumer editions — though if you currently use Windows for work or school, you won’t need to be connected while you sign up, and can presumably use a local account on top of that as well. But the freedom to use an entirely local account within Windows, and not sign in to a Microsoft account at all, is apparently dead for Microsoft’s Insider program. We’d bet that it will be soon for the general public, as well.

Millions of people struggle with insomnia, but the...
Worlds PolitcsPRO