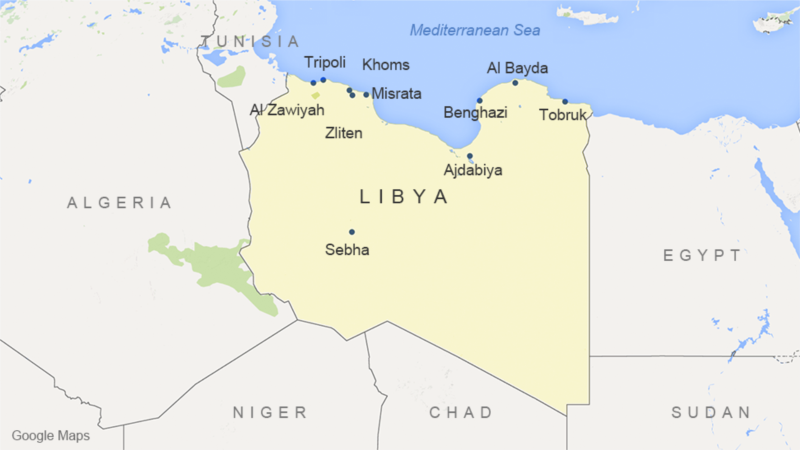 A powerful government-backed Libyan militia on Thursday rejected accusations of killings, torture and forced labor, insisting it upholds the law and threatening to sue Amnesty International for its report.

Amnesty on Wednesday had accused the Stability Support Authority (SSA) of a string of abuses, including “unlawful killings, arbitrary detentions, interception and subsequent arbitrary detention of migrants and refugees, torture, forced labor, and other shocking human rights violations.”

The SSA said it “upholds Libyan law” and holds its members accountable for “any illegal act.”

The group also said it “reserves the right to sue Amnesty International for defamation and slander against the Libyan state and its official institutions.”

The SSA, created under a decree by former Prime Minister Fayez al-Sarraj in January 2021, is led by Abdel Ghani al-Kikli, one of the most powerful men in the North African country’s capital, Tripoli.

Amnesty said al-Kikli, known as “Gheniwa,” had been appointed despite a “well-documented history of crimes under international law and other serious human rights violations committed by militias under his command.”

Libya plunged into violent lawlessness in 2011 with the NATO-backed revolt that toppled longtime dictator Moammar Gadhafi.

Armed groups have vied for control of territory as a string of interim governments have come and gone.

Many such groups have been integrated into the state, partly in order to access a share of the country’s vast oil wealth, and rights organizations have often accused them of abuses.

The country is now once again split between two rival governments.

In March, United Nations investigators said that serious rights violations including possible crimes against humanity were continuing with impunity across much of the country.

If you’re on the hunt for serious graphics...
Worlds PolitcsPRO