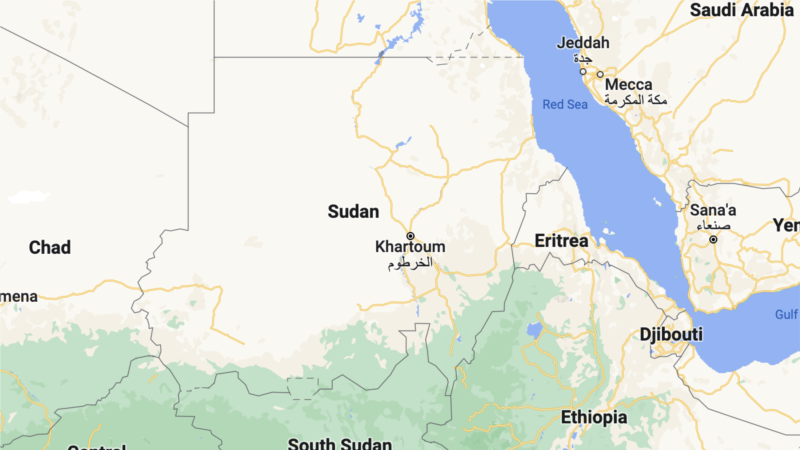 Like dozens of other Sudanese who were members of resistance committees, Mohammed Mustafa has been held in Soba prison for more than a month without being charged with an offense.

The 19-year-old’s mother, Zahra Abduwahab, said she could not celebrate the Muslim Eid al-Fitr holiday Monday knowing her son was suffering in prison.

“We saw his name on the list of prisoners and we continued to take food and clothes for him, but they never allowed us to see him,” Abduwahab told VOA. “I tried to talk to them to allow me to just see him so I can be sure that he is safe and healthy, but they refused.”

Resistance committees are informal, grassroots neighborhood networks of Sudanese residents that began organizing civil disobedience campaigns against the government of former Sudanese President Omar al-Bashir in 2013. They played a key role in the Sudanese revolution.

Security officers arrested Mustafa on March 31. Since then, the family has not been allowed to speak to him, Abdulwahab said. She said family members saw his name on a list of prisoners.

Since last October’s military coup led by army commander Abdul Fattah al-Burhan, hundreds of pro-democracy activists and members of the resistance committee have been arrested and detained. So far, none has been charged in a court of law.

On Sunday, three detainees were released from the Taibat women’s prison after being held for nearly a month. No explanation was given for their arrest or release.

Yasmin Mohammed Bashir, 23, a member of the Fetihab resistance committee in Omdurman, was among the three women to be released. Bashir said she was arrested on April 11, but that authorities never gave a reason for her arrest. They also prevented her from seeing a lawyer or doctor.

“When they arrested me, they were rough with me, and I was taken to a police station,” Bashir told South Sudan in Focus. “There was no case opened against me. The following day at around 11 a.m., we were relocated to the Taibat women’s prison with other female colleagues without any proper legal procedures.”

Sudan is unlikely to release most detainees anytime soon, said Jihad Mashamoun, a Sudanese political analyst and honorary research fellow at the University of Exeter’s Institute of Arab and Islamic Studies.

He predicted the authorities eventually would release detainees, “but now, I don’t see it happening,” he told VOA. “The military has released a few as a cosmetic approach, only to show to the international community that they are committed to dialogue. The military believes they could use this to buy time until the next election.”

General elections had been scheduled for July 2023, but Mashamoun said coup leaders have thrown the timing into question.

Nahid Jabrallah, who heads the Sudanese nongovernmental organization SIMA that advocates for women’s rights, said all detainees should be quickly released or charged.

Whatever happens next, pro-democracy activists will not be deterred, Jabrallah said.

“The resistance committee, families and the entire Sudanese people are not afraid of these detention activities. They will continue to persist on the path of the struggle, despite the aggression used against them.”

Last week, a Sudanese court ordered the release of Khalid Omer Yousif, the former minister of cabinet affairs, and five other political detainees who were charged with different offenses, including dishonesty. The presiding judge said there was not enough evidence to convict the former Bashir-era officials.