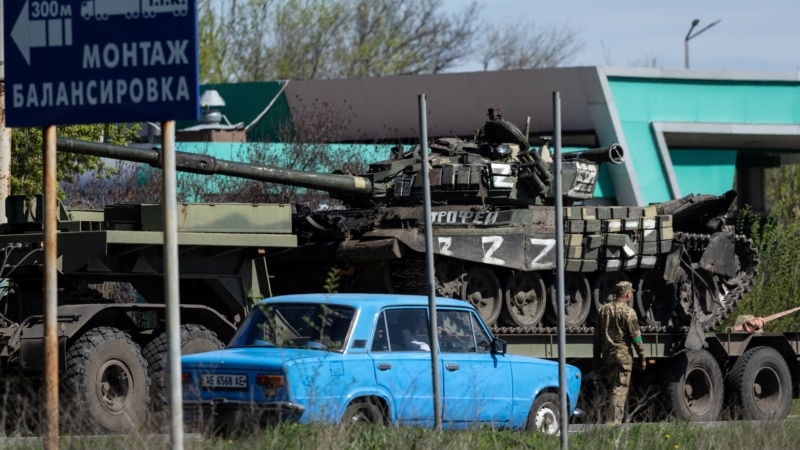 The continuation of negotiations to end Russia’s war against Ukraine is in doubt, with Ukraine’s president saying it is hard to discuss peace amid public anger over alleged atrocities carried out by Russian troops, while Russia’s foreign minister said Western sanctions and arms shipments were impeding the talks, Radio Free Europe/Radio Liberty reported.

Ukrainian forces fought Saturday to counter a Russian advance in their country’s south and east, where the Kremlin is seeking to capture the industrial Donbas region. Western military analysts said Moscow’s offensive was going much slower than planned.

While Russia claimed on Saturday to have struck more than 380 targets overnight as it sought to take full control of the territories of Luhansk and Donetsk in Ukraine’s eastern Donbas region, the General Staff of Ukraine’s Armed Forces said the Russian military’s efforts to capture targets were “not succeeding — the fighting continues.” Ukraine’s second-largest city, Kharkiv, reportedly was targeted by mortar and artillery shelling Saturday.

Ukraine’s President Volodymyr Zelenskyy said in a televised address Friday night that Ukrainian forces had recaptured a strategically important village near the city and evacuated hundreds of civilians.

RFE/RL reported that in a daily briefing Saturday, the Ukrainian military said the greatest enemy losses were taking place in the Izyum area, near Kharkiv.

Meanwhile, the United Nations continued working to negotiate the evacuation of civilians from the increasingly hellish ruins of Mariupol, the southern port city that Russia has sought to capture since it invaded Ukraine more than nine weeks ago.

Two Ukrainian women whose husbands are defending the besieged Azovstal steel plant in Mariupol were in Rome on Friday, calling for any evacuation of civilians to also include an estimated 2,000 soldiers holed up in the plant, the last stronghold of Ukrainian resistance in the strategic and now bombed-out port city. They cited fears the troops would be tortured and killed if left behind and captured by Russian forces.

“The lives of soldiers matter, too. We can’t only talk about civilians,” said Yuliia Fedusiuk, the wife of Arseniy Fedusiuk, a member of the Azov Regiment in Mariupol; she was joined by Kateryna Prokopenko, whose husband Denys Prokopenko, is the Azov commander.

“We are hoping that we can rescue soldiers, too, not only dead, not only injured, but all of them,” Fedusiuk said.

Russian Foreign Minister Sergey Lavrov told Saudi-owned Al Arabiya Television there was no need for anybody to provide help to open up humanitarian corridors out of Ukraine’s besieged cities.

“We appreciate the interest of the [U.N.] secretary-general to be helpful,” he added. “[We have] explained … what is the mechanism for them to monitor how the humanitarian corridors are announced.”

Lavrov also accused the West of being “Russia phobic,” and he complained that his country never lived a day without being subject to sanctions by the West.