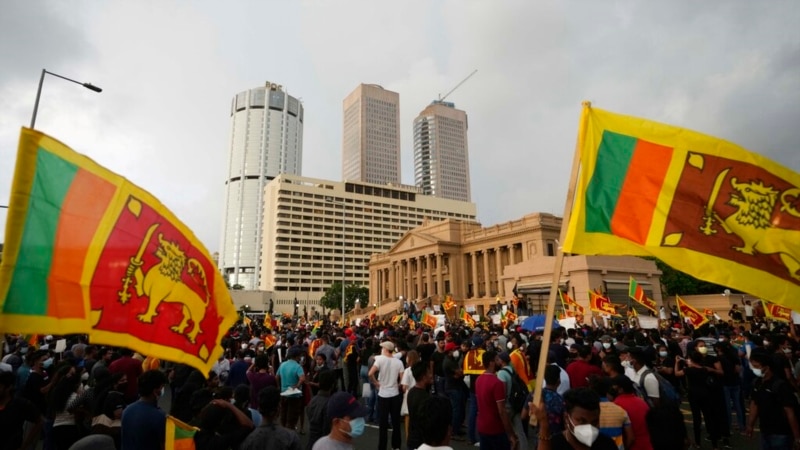 Sri Lankan Prime Minister Mahinda Rajapaksa says he is willing to meet with protesters camped outside the presidential offices in the capital, Colombo, that are demanding his resignation and that of his brother, President Gotabaya Rajapaksa, over the country’s economic crisis.

The prime minister’s office issued a statement Wednesday saying he is prepared to meet with representatives of the protesters to discuss any proposals they have to resolve the crisis.

The South Asian island nation is struggling under the weight of heavy debt and declining foreign reserves that have created critical shortages of medicine, food and fuel that have led to several hours of power blackouts a day. The COVID-19 pandemic has also ground Sri Lanka’s vital tourism industry to a halt, dealing an additional blow to its economy.

Sri Lanka’s central bank announced Tuesday that it is suspending all foreign debt repayments as it prepares to negotiate with the International Monetary Fund on a loan restructuring program.

President Gotabaya Rajapaksa had issued a state of emergency late last month to end demonstrations outside his home demanding his resignation. The decree had given police the power to make arrests without warrants and made it illegal for people to leave their homes.

But the decree was lifted a few days later after 41 lawmakers abandoned the ruling coalition and became independent, weakening the government’s control of Sri Lanka’s single-chamber parliament.

Some information for this report came from The Associated Press and Reuters.

Intel executives confirmed Tuesday that the company will...
Worlds PolitcsPRO