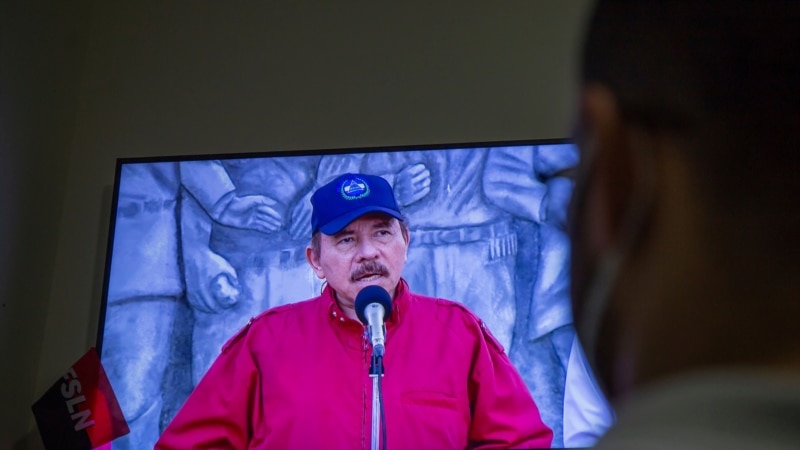 The manager of a Nicaraguan opposition newspaper was sentenced to nine years in jail for money laundering Thursday, his outlet reported, becoming the latest opponent of President Daniel Ortega to receive a lengthy prison term.

Juan Lorenzo Holmann Chamorro, a cousin of jailed former opposition presidential hopeful Cristiana Chamorro, was sentenced after a three-day trial held behind closed doors at a prison in the Central American country’s capital of Managua.

“I am strong and that is how I will remain. This was going to happen,” Holmann said after hearing the verdict, which also placed facilities used by his La Prensa de Nicaragua newspaper into the “custody” of authorities.

Holmann was arrested Aug. 14 after a police raid on La Prensa, which has been critical of the Ortega government since it took power in 2007.

Details of the money-laundering charges against him are unknown due to the closed nature of the trial.

The Nicaraguan Center for Human Rights, which confirmed the sentence, issued a statement expressing its “strong condemnation” of the ruling.

Founded almost a century ago, La Prensa has operated with few remaining staff or resources after its bank accounts were frozen by the government.

Holmann’s cousin Cristiana Chamorro was sentenced last week to eight years in prison for money laundering and other crimes.

Prosecutors alleged the would-be presidential challenger had committed the crimes through a free speech foundation she had directed. She has denied the charges.

Her brother Pedro Joaquin Chamorro and two former employees of the foundation were also sentenced to jail.

Before her arrest, Cristiana, daughter of former president Violeta Barrios de Chamorro (1990-97), had emerged as a potential rival to Ortega.

But with numerous challengers and political opponents — including Holmann — detained before the presidential poll, Ortega coasted to a fourth consecutive term in a 2021 election slammed as fraudulent by the United States and the EU.