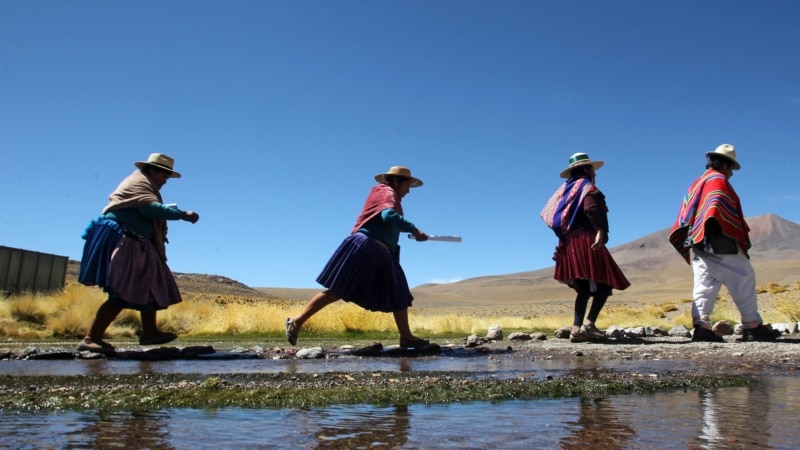 Chile opens a case against Bolivia at the U.N.’s highest court Friday over a river both countries claim rights to, the latest installment of water-related rows between the South American neighbors.

Chile wants the International Court of Justice to declare the Silala River, which flows from Bolivia, an “international water course” and give it equal rights to its waters.

Santiago claims it has been denied those water rights since 1999.

Back in 2016 it dragged La Paz before the Hague-based ICJ — set up after World War II to rule in disputes between countries.

In a legal game of pingpong, Bolivia then counter-sued Chile, asking the ICJ to rule that it had “sovereignty… over the artificial flow of Silala waters engineered, enhanced, or produced in its territory,” and demanded that Chile pay compensation.

Former Bolivian President Evo Morales also previously sought to use the dispute over the river as a bargaining chip in Bolivia’s larger fight to gain access to the Pacific Ocean, which it lost to Chile in a war in the 19th century.

But the ICJ in 2018 sank Bolivia’s bid for entry to the sea, saying Chile had “no case to answer” as it was “not legally obligated to negotiate such a move.”

At the time Morales threatened to reduce the flow of the Silala into Chile’s parched Atacama desert and impose fees for its use.

Connections between the neighbors remained frayed.

Chile and Bolivia have had no diplomatic relations since 1978 when Bolivia’s last attempt to negotiate a passage to the Pacific broke down in acrimony.

The new hearings, starting at 1300 GMT on Friday at the ICJ’s headquarters at the Peace Palace in The Hague, are set to continue into next week.

A final judgement could take years.

Once handed down, ICJ judgements are binding and cannot be appealed.

“Among other things, Bolivia has changed its argument over time, with Chile’s position historically more coherent,” Aranda, an academic at the University of Chile told AFP.

He pointed out that the current case, unlike the fight for access to the Pacific Ocean which saw intense lobbying and media campaigns by both sides, was being fought less in the public eye.

“This is being carried out much more along expected international legal channels,” Aranda said.

Chile in 2000 proposed to formally negotiate the use of the Silala’s waters and was willing to pay for it but those discussions stalled when Bolivia raised the price.

Previous articleCow review: A moving and uncomfortable cow’s-eye-view of farming
Next articleAstronomy: Furthest star ever seen offers glimpse 12.8 billion years into past

Save $300 on this luxurious, yet potent Lenovo laptop

Intel said Tuesday that its Screenovate app, which...

Intel said Tuesday that its Screenovate app, which...