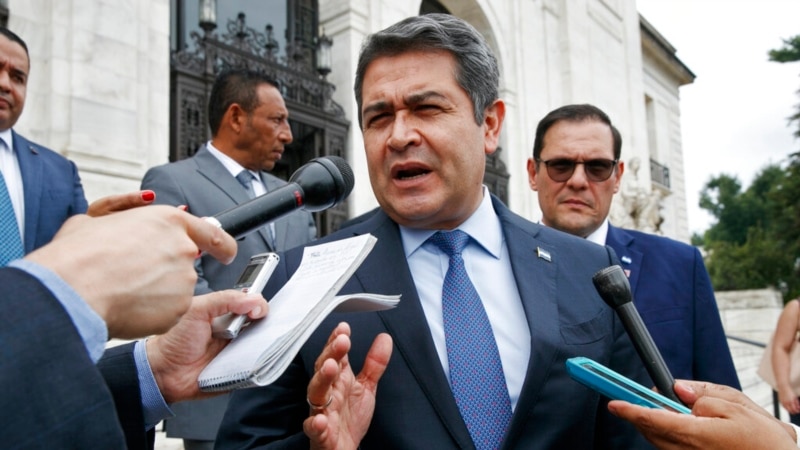 Hernandez was arrested back in February at his home in the capital, Tegucigalpa, and escorted by police in shackles and a bulletproof vest. The extradition request said that since 2004, Hernandez allowed tons of cocaine from Venezuela and Colombia to travel through Honduras on its way to the United States, while protecting drug traffickers from investigation, in exchange for millions of dollars in bribes.

In a letter released by his wife, Ana Garcia, on social media Monday, the ex-president said he is the victim of a campaign of “revenge and conspiracy” by drug traffickers his government extradited to the United States during his presidency. Hernandez said that he faces three life sentences if he is extradited to the U.S.

Ana Garcia and two of the couple’s daughters held a rally outside the Supreme Court building Monday along with about a dozen protesters.

Hernandez was repeatedly implicated as a co-conspirator in his brother’s 2019 drug trafficking trial by New York prosecutors. The brother, Juan Antonio “Tony” Hernández, was found guilty of drug and weapons charges and sentenced to life in prison.

Some information for this report came from The Associated Press and Agence France-Presse.

Intel executives confirmed Tuesday that the company will...

Intel executives confirmed Tuesday that the company will...